Warming up the brain

Walter was just tired that day. Already in the third lesson he almost fell asleep, if his bench neighbor Barbara hadn’t pushed him. On the way home from school he felt a little better and decided to start his homework right after lunch, because he had put off a lot of work during the last week, but it had to be done for tomorrow. He knew he wouldn’t be able to go play soccer with his friends in the nearby park today like he usually did on such a beautiful fall day.
His mother had cooked one of his favorite dishes and even offered him ice cream for dessert, but Walter wanted to save it as a reward for a study break. She was also a little surprised that he retreated to his room right after dinner to start his homework.
Walter took all the notebooks and books out of his school backpack and placed them on the desk in front of him. As he did so, he dropped the fountain pen on the floor and, sighing, bent down to pick it up. His eyes fell on a comic book he had started reading yesterday before he went to sleep, and which now lay on the carpeted floor beside his bed. “No,” he said to his inner bastard. “Work first, pleasure later!” He picked up the notebook and tossed it on the bed where his big teddy bear sat. “You have it good! You don’t have to do homework!” he said with a sigh.
Somehow, though, he failed to concentrate, and when his mother brought him a drink to his room after a while, as usual, she found him sitting at his desk, dozing off.
“How far along are you with your assignments? Is there much to do today?” she inquired.
“I’m about to get started!” assured Walter, opening the first notebook he saw.
Walter isn’t the only one who has a hard time getting started on his homework. You don’t have to be as tired as he was that day to do it. While at school the teacher more or less tells you what to do at the moment, at home you always have to give yourself the impulse to start reading, writing or repeating. Which pupil does not know that in the afternoon he sits in front of the books and plays with the eraser, looks out through the window, draws little men on the writing pad or simply dreams to himself.
This difficulty in starting homework as soon as possible after sitting down at one’s desk is quite natural and has many causes.
First of all, the brain has to adjust to learning in the first place. It has to detach itself from what you were doing before, whether that was eating lunch, listening to music, talking on the phone, or even doing nothing. This adjustment cannot happen abruptly, but takes time. Even athletes do not start their peak performance right away, but need a warm-up time. Learning also requires such a time and should be consciously planned into one’s work routine. Scientists have found out that one can accomplish relatively little in the first quarter of an hour, because our brain power and our ability to concentrate increase only gradually. Only after about fifteen minutes does our performance reach the peak level necessary for intensive learning. 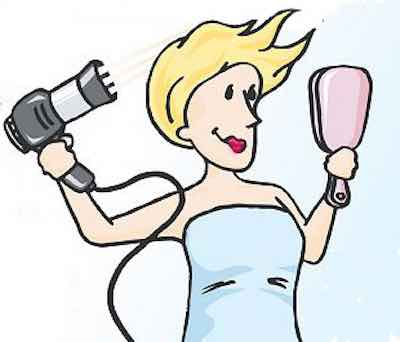 Therefore, the tip that some people give to do the most difficult homework first in order to have it easier or behind you then is not particularly helpful, because during this warm-up time our brain still has to struggle quite a bit to get up to speed. If one observes oneself a little while learning, one notices then also very clearly that one must particularly exert oneself in these first minutes however nevertheless only little brings forward. This drudgery then sometimes only creates a certain frustration*), which can also have an effect on learning after the warm-up.
Therefore, for this warm-up time, one should choose a suitable lighter learning material, perhaps a section from a textbook, which one only has to read through, or also a repetition, in which one brings one’s notes from school in fair copy. Students know best what kind of work is easy to do and doesn’t make their heads spin. And if they are personally interested in this learning material as a warm-up and find it reasonably interesting, so much the better. Because then one has the feeling that one comes beautifully slowly into learning and working.
At the beginning of the homework should therefore always stand the short consideration, which is particularly suitable for such an entrance. This consideration belongs by the way also to the learning planning, as we suggested it in a former learning tip (Management for the school?). In time, planning the following learning will also supportively introduce this warm-up phase, because it actually belongs at the beginning of any work.
Initially, one should also do this planning in writing. For example, after clearing out the school bag, Walter could take a piece of paper and write down the tasks that need to be done by tomorrow. Such a list also helps not to forget anything. Then he could arrange the chores by difficulty and number them. If the tasks are very extensive, he should also schedule a break right away. If there is a lot of homework and several hours of studying, then he should also remember that one gets tired with time and at the end not necessarily put the most difficult learning material, but perhaps as when starting something easier with which you can end the learning time.

“Frustration” is the abbreviation for the scientific term “frustration” and comes from the Latin word “frustra” (in vain) and describes the disappointment when one has hoped and expected something very strongly, but then does not achieve it. Frustration can best be translated with the complicated word “disappointment of expectations”.