Mario was anxiously awaiting the big break, while the teacher was still explaining the homework in the last minutes of the math lesson. The reason for his excitement was that he still wanted to spend the 15 minutes preparing for the crucial history exam that the teacher had given him for a positive end to the semester. Finally, the bell rang and Mario grabbed his history notebook and retreated to a corner of the schoolyard while his classmates organized a soccer game.
Niena, one of the best in the class, came over laughing and asked:
“Well, learned everything?”
Mario paid no attention to her and doggedly flipped through his transcripts.
Niena, who liked to make herself a little important, didn’t let up, however:
“Do you know all the important politicians of the French Revolution?”
“Mon Dieu!”*) popped into Mario’s head, he had forgotten to repeat them. He flipped back in his folder to the beginning, where they were all described: Abbé Sieyès, Camille Desmoulins, Count Mirabeau, Marquis de La Fayette, Jean Paul Marat, Georges Jacques Danton, Maximilien de Robespierre, …
Hastily he skimmed the brief descriptions of the revolutionary leaders and tried to memorize the most important dates. Especially important was the order in which they had played an important role during the Revolution. During the first exam a few weeks ago, he had jumbled up the dates in his excitement, which had eventually earned him the negative grade he was trying to make up today.
Much too early, the school bell called for the next lesson. Mario hurried back to class and skimmed the page with the revolutionary leaders once again, while the history teacher entered the class.
As announced, the teacher called Mario to the test right at the beginning, but he didn’t ask about the revolutionary leaders, instead he wanted to know what consequences the French Revolution had for the later history of Europe. Although Mario had learned this chapter of the material particularly well, somehow his thoughts were still on the revolutionary leaders, so that he could no longer remember the most important points, which he had repeated several times only yesterday afternoon. The teacher was getting a little impatient, because Mario’s explanations were slow, and in the end he had to be satisfied with a D, even though he had prepared so thoroughly for the exam.
Why had Mario partially failed in reproducing the material he had learned so well?
When thinking, remembering or learning, we use different parts of our brain. While the largest area of the brain forms a kind of huge memory in which everything is stored in drawers, as it were, what we learn, for example, in or for school, there are other parts of the brain that are busy with the processing and forwarding of these thought contents. When learning and remembering, that center of the brain that is entrusted with organizing the incoming and outgoing portions of knowledge is particularly busy. When learning a new subject matter and also for a longer time afterwards – sometimes for a whole hour – it is active and processes or assigns the new learning contents to the different memory systems of the brain (see learning tip “Let your brain do detention!“). Since this brain center represents something like the administration of the table of contents of our memory, we need it not only when learning but also whenever we want to remember something. 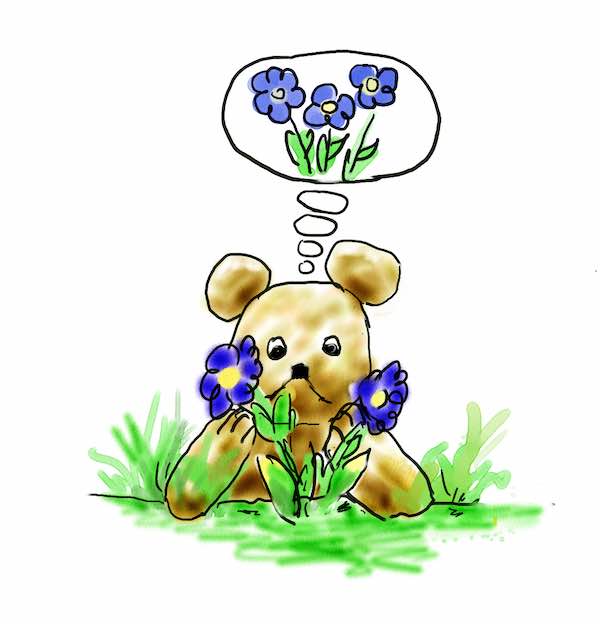 Since Mario had “fed” or loaded the brain with new learning material just before reproducing the learning material he had crammed a long time ago, this “administrative center” was still busy during the exam filing the “revolutionaries of the French Revolution” in the appropriate brain convolutions, while at the same time it was supposed to make an effort to retrieve the “consequences of the revolution” from other parts of the brain. In fact, this part of the brain, which regulates the inputs and outputs of thoughts, is not very good at performing two tasks simultaneously, so neither one (depositing the revolutionaries) nor the other (retrieving the consequences of the revolution) really worked well. Mario had vividly experienced this “crossing over” of the two tasks during the exam situation.
Therefore, breaks and in general the time immediately before an exam should be used not to stress this “administrative center” of the brain by quickly repeating something or even trying to memorize new learning material. Rather, one should simply relax and look a hole in the air or watch the flowers grow in the schoolyard.