Who will become a knowledge millionaire?

“So you’ve finally decided on B – Julius Caesar – and you’re sure that money doesn’t stink according to him. Well, the right answer …” Günther Jauch paused, sounding meaningful, and looked into the eyes of the candidate sitting across from him, grinning mischievously, “will come after the commercial break!”
Benjamin’s father stood up and walked over to the encyclopedia that sat on the bookshelf next to the TV. “My money’s on B!” said Benjamin’s little brother, Christoph, who was still in elementary school. Benjamin was sure that A was the right answer, but he had already embarrassed himself once today with a wrong answer, so this time he didn’t give his guess as usual. “The saying “Pecunia non olet!” comes from Emperor Vespasian “, said the father after confirming his guess with the help of the dictionary.
“It’s a pity that school isn’t as exciting,” said Benjamin’s mother with a sideways glance at her son, who suddenly had an idea.
What idea had come to Benjamin? 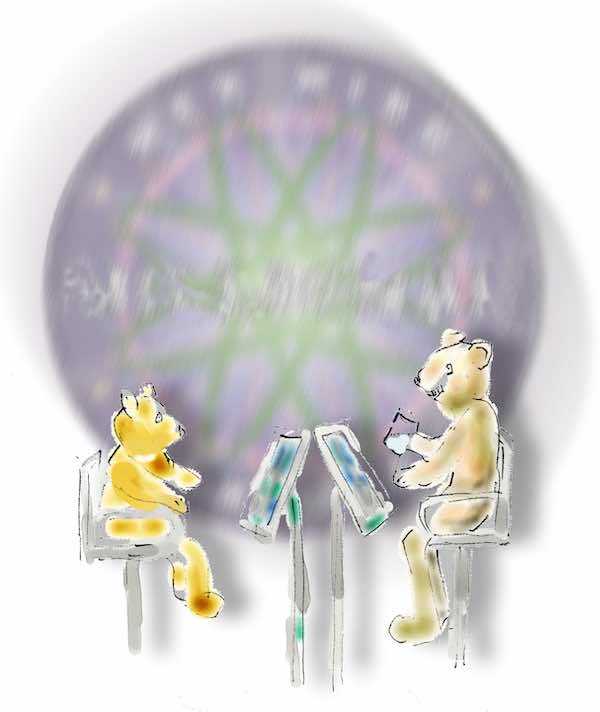 Yesterday he had received a large amount of history material to study for the coming week, which was rather uninteresting because it contained many names and dates that could easily be confused. The subject of the material was a brief outline of ancient architecture. The next afternoon, when he set about studying for the history exam after completing his written homework, he took a stack of index cards that he usually used for English vocabulary (see study tip “The Study Machine” ) and began to formulate questions like those asked on the television show “Who Wants to Be a Millionaire?” He also made an effort to formulate the answers in such a way that one could not tell at first glance which of the answers was correct. A few examples:
Which of the following is not a Greek columnar order?
A: Doric B: Spartan C: Corinthian D: Ionic
Which master builder built the Temple of Zeus at Olympia?
A: Praxiteles B: Phidias C: Libon D: Chersiphron
Which building is not in Rome?
A: Pantheon B: Colosseum C: Parthenon D: Baths of Caracalla
Under which emperor was the Pantheon built in Rome?
A: Caesar B: Augustus C: Marcus Aurelius D: Hadrian
Soon he had compiled a handsome number of questions, which he proudly presented to his surprised family the next day after dinner instead of the usual television. Especially his little brother, who was allowed to play quizmaster, had great fun with it.
When Benjamin got a “very good” on the history test the next week, he was delighted, because he had never learned bland material as “playfully” as he had this time. He resolved to use this method more often, even though he realized that not every subject matter is equally suited to it.
The secret to easy learning in this “quiz learning” is not so much the question and answer game, which is similar to an exam in school, but the way Benjamin approaches the subject matter in his preparation. First, he “broke down” the material into questions, which is convenient in any case, because teachers also set out to write exam questions for a written test in this way. In a sense, Benjamin has used this method to approach the material from the teacher’s point of view. Another point that should not be underestimated is the fun it gives him in learning – what psychologists call motivation (see learning tip ” The Formula of Learning Success ” in issue 21 of The Learning School).
Benjamin also entrusted this method to his best friend Fabian. He worked with him on the material for the geography exam as a quiz game, with each of them turning about half of the learning text into a question and answer game. This way, they only had to spend half the time on it and the learning during the quiz was then really exciting, almost like on Günther Jauch …

The correct answers to our sample questions are B: Spartan, C: Libon, C: Parthenon and D: Hadrian.