Tables up to ten

Dear Naomi,
I have read your learning tips on the Internet and I think they are great. The learning tip with the regular breaks in which the brain continues to learn has helped my son Willi the most so far. But so far I haven’t found a tip that helps us with one particular problem: the multiplication tables. Willi is in the second grade of elementary school and he regularly messes up his arithmetic school work because he keeps making mistakes when multiplying.
Do you have a special learning tip?
Andrea M.

This e-mail landed in our mailbox one day and Benjamin immediately remembered the method he had used several years ago to learn the multiplication tables in such a short time that he could soon be woken up in the middle of the night and immediately knew how much 8×7 is …
First we had made a table for the tables up to ten, as you can see here. 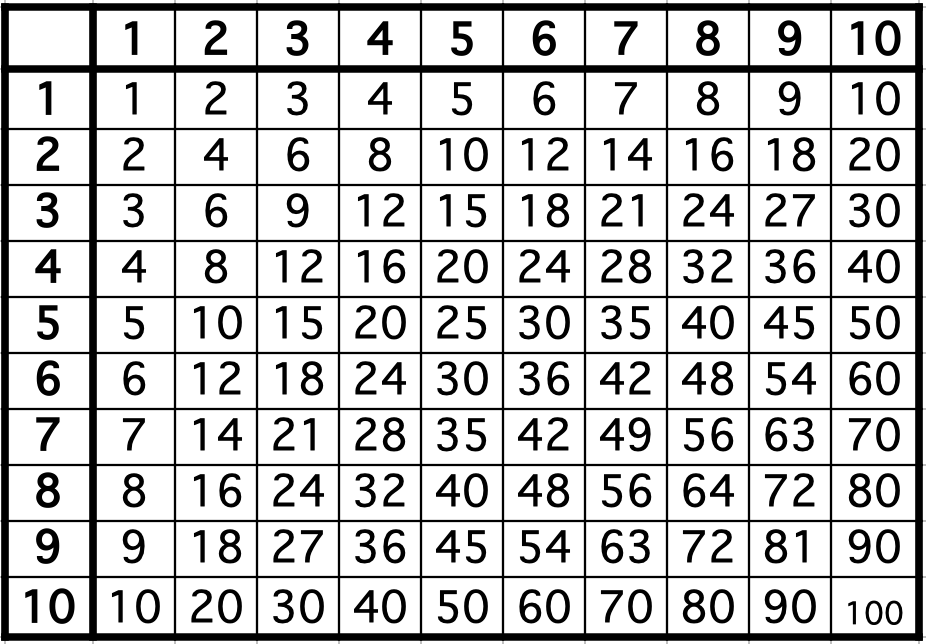 We had copied this table a few times. Then we chose some pieces from Benjamin’s favorite music which have a nice rhythm (in his case it was Vivaldi’s “Four Seasons” and two pieces of music from the film music “The Seagull Jonathan”). We played them on the record player and spoke all the calculations of the tables up to ten in the rhythm of the music: once the tables up to ten from the front to the back, once from the back to the front and some times also all (!) 100 calculations in a jumble. We recorded all this on a blank tape cassette. This completed the preparations for the actual learning.
At first, Benjamin listened to the whole cassette a few times every day, just playing it often while playing games or doing handicrafts, but also taking it with him on car trips.
To test how much math he could already do in his sleep, he had himself tested two or even three times every day during the first week. His mother or father would take the piece of paper and check all the bills one by one. If the answer was right the first time, it was crossed out on the paper. If it was wrong, then it was only marked with a simple line and after Benjamin had corrected it, he pronounced it correctly three times out loud. The “unfinished business” after the run-through was repeated at the end for practice.
After such a test Benjamin knew exactly what percentage of the tables up to ten he had already mastered and which calculations he still had to learn. Testing according to this method has the advantage that all (!) calculations are systematically asked and none appear more than once: “But Dad, you’ve already asked that three times! The duration of the exam was also fixed – one run and no more!
The examination slips showed exactly how far the students had progressed and were thus an incentive to complete the remaining percentages soon. This solved another problem that many children think they have when learning the tables up to ten: they fear that despite all the practice and repetition, they will still be faced with a huge mountain of calculations that they are still not sure they can do. With our method they experience that the mountain becomes smaller and smaller.
After just one week, only a few percent of recalcitrant calculations remain. After two weeks, the 100 percent is usually reached. After that, for further consolidation, only one complete run should be made every two or three days.

Do you know how many calculations are really to be learned for the tables up to ten? Is it 100, 80, 60, 40 or only 26?
You will find the solution of the riddle if you cross out the series of 1’s and 10’s, which you really don’t have to learn, then only 64 calculations remain. From these you can cross out the “double” ones, which represent an exchange of the digits, so there are 32 left. If you finally delete the “easy” series of two and five, there are only 26 left … 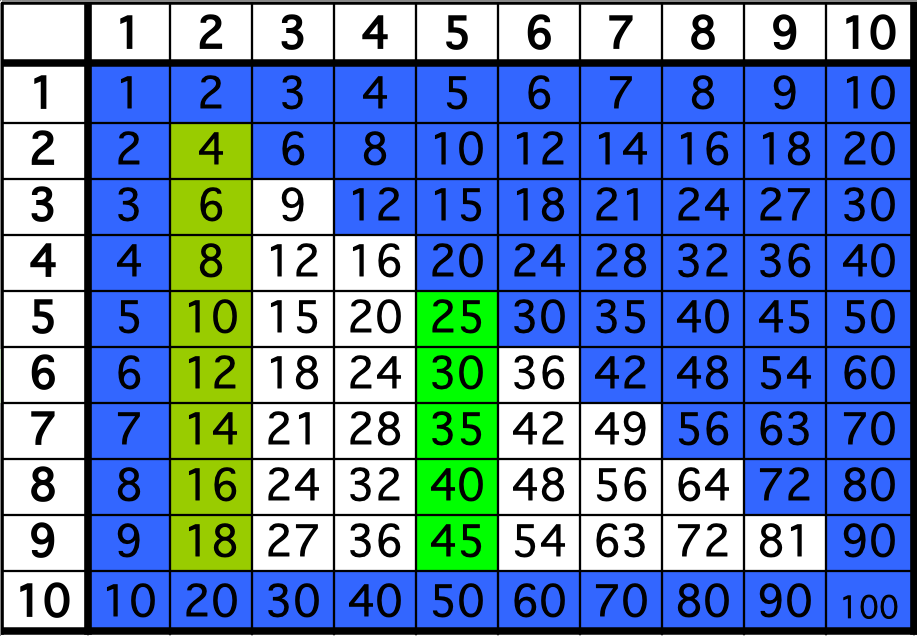